Even GMA is itching to find a new star.

As ABS-CBN’s ‘Pinoy Big Brother’ continues to look for future artists among its housemates, GMA teased its audience by updating the Facebook page of ‘StarStruck’, implying that a new season will come around very soon.

‘StarStruck”s most recent season came in 2015 when it crowned Klea Pineda and Migo Adecer as the Ultimate Female and Male Survivor respectively. However, that season of ‘StarStruck’ was a disaster as it endured poor ratings while airing in the early primetime slot.

It remains to be seen if GMA will indeed produce another season of ‘StarStruck’. Considering how bad last season turned out, it will not be a surprise if viewers have seen the last of the country’s original ‘artista search’ program.

Talk about making some restrictions.

The UAAP Season 81 men’s basketball Final Four is currently in progress with Ateneo already clinching the first slot of the Finals while Adamson and UP continue to dispute the other ticket. Unfortunately for viewers who are on a road trip or are away from home, they only have two choices to watch the rest of the tournament.

“Watch all the games of the Final Four live on sports.abs-cbn.com or iwant.ph!”

In short, there is no live stream of the UAAP Final Four on ABS-CBN Sports’ YouTube channel at all. Instead, viewers can only watch the games online for free on the ABS-CBN Sports website or the iWant app (the latter requires user registration).

The same approach will apply during the UAAP women’s basketball stepladder playoffs, of which ABS-CBN Sports began covering in earnest. Considering last week’s debacle during the cheerdance competition (the YouTube stream crashed on occasion due to the heavy volume of viewers), it only made sense for ABS-CBN to avoid a repeat of such incident.

It also encourages the network to take full use of other sporting events that would have otherwise been inaccessible to the public. For instance, the Premier Volleyball League and the NCAA Season 94 women’s volleyball tournament will still be available live and free on the ABS-CBN Sports YouTube channel, because the network wants to promote the sport of volleyball very seriously.

As for the possibility of airing the men’s basketball finals anew on ABS-CBN Channel 2, it remains to be seen if the network will still push through with the plan. Considering ‘It’s Showtime”s recent penchant for working overtime, ABS-CBN Sports executives might as well stick with only S+A and live stream for the series.

The UAAP men’s basketball Final Four continues Wednesday at 3:30 p.m. with Adamson and UP disputing the last Finals slot. Game 1 of the Finals will begin Saturday.

It's do-or-die this Wednesday between Adamson and UP for the right to advance to the #UAAPSeason81 Finals!

The inevitable is about to happen.

‘Eat Bulaga’ announced Saturday that they are expected to move to a new studio anytime next month (dubbed ‘lipat bahay’ in the teasers). The new studio, aptly named the APT Studio (after ‘Eat Bulaga’ producer Tony Tuviera), is located at Marcos Highway in Marikina.

This will mark the fourth time that ‘Eat Bulaga’ moved to a different studio, and the first to be independently funded. The program previously occupied the following studios:

Broadway Centrum is expected to be demolished shortly after ‘Eat Bulaga”s move to the APT studio. It will be replaced by a high-rise condominium unit developed by Megaworld’s Empire East Holdings. 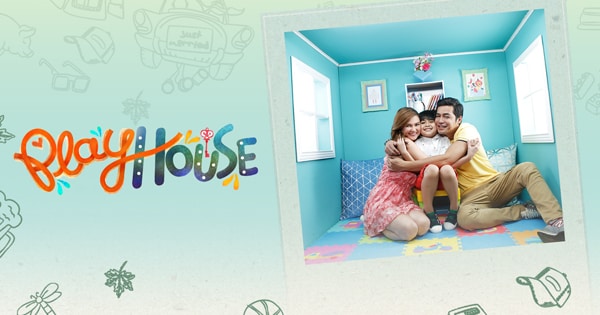 The new iWant is off to a rather inauspicious start.

Hours into its highly anticipated launch last November 17, iWant encountered a temporary slowdown caused by high volume of users. Many of them downloaded the new iWant in order to watch some of its new and original content, which included the hotly-discussed film ‘Glorious’ featuring a viral kissing scene involving lead stars Angel Aquino and Tony Labrusca.

In response, iWant issued a statement saying that they are increasing capacity in order to meet the demands of its users. As of 10:00 p.m., the iWant app is now updated to version 4.0.2.

iWant also reported that the app now has over one million downloads and is used by over 10,000 users per hour. But with so many consumers knocking on the door, it was clear that ABS-CBN is not prepared for such high demand.

If the old iWant TV was smooth sailing to watch at times, then the same cannot be said to its successor. With some additional content such as the aforementioned original films and music to complement on-demand programs, films and live streams, ABS-CBN’s digital team found themselves in a conundrum over the possible increase in consumer demand.

Suffice to say, they failed to anticipate what took place next. And unfortunately for users of iWant (myself included), they took notice by bombarding iWant’s social media pages with plenty of complaints.

This is already the third day of iWant’s official operations and so far the ‘temporary slowdown’ that was revealed Saturday continues to linger. Even I began to question the capabilities of the new iWant, especially after my attempt to watch ANC’s live stream was constantly disrupted despite enjoying a strong internet connection.

Call it growing pains or simply impatience. For now, ABS-CBN’s digital team is working round the clock to improve and increase the capacity of iWant, but this is going to be a painful ordeal, so users must wait and see what happens in the next several days.