Basketball TV is not giving up just yet.

Both Solar and the NAASCU first entered into a partnership last season that saw all games aired on BTV and Solar Sports. The 16th season saw Saint Clare College of Caloocan win both the seniors and juniors basketball tournaments.

But as they enter the second year of the deal, Solar and the NAASCU know that it will not be easy following up last season’s success. While last season saw more viewers tune in to NAASCU games, this season should see a significant reduction now that Solar controversially pulled its channels out of SkyCable last April.

There are also pressing concerns about Basketball TV’s commitment and ability to produce local basketball coverage on a regular basis. Back in February, they tried to follow up the NAASCU by airing the lone season of the NCRUCLAA basketball games, but the network backed out after only a month.

It also remains to be seen if Solar Sports will once again play backup to BTV for this season’s NAASCU tournament. As of today, the network not announced their plans to air the NAASCU basketball games.

With the loss of its biggest asset as well as criticism surrounding their non-NBA broadcasts, can Basketball TV and Solar hold on to their promise of delivering the best NAASCU coverage? It will be interesting to see how this season plays out.

The 17th season of the NAASCU opens tomorrow, with the seniors basketball doubleheaders airing at 3:00 p.m. weekly on Basketball TV.

Basketball TV’s problems are as frustrating as ever.

Nearly a month after the channel unknowingly disappeared from SkyCable alongside fellow Solar Entertainment channels Solar Sports, Jack TV, NBA Premium TV and CT, viewers are now forced to deal with another concern. And this is something not as troublesome as a mere channel pullout, but is still an issue nonetheless.

Since the beginning of the NBA Playoffs, BTV has aired mostly tape-delayed games, particularly late in the first round and all of the conference semifinals so far. It appears that Solar has officially deferred to NBA Premium TV, FOX Sports and ABS-CBN Sports when it comes to all live playoff games, leaving BTV to air mostly highlights and press conferences.

BTV’s obvious inaction and lack of urgency angered a majority of viewers who expected the channel to deliver when it mattered the most. Many are unhappy with BTV’s delayed broadcasts of playoff games and overemphasis on press conferences and game highlights, and some even went as far as calling BTV ‘crap’ and ‘disgraceful’.

This latest bit of criticism only served to add insult to injury for one of Solar Entertainment’s most well-known channels. With ABS-CBN Sports now serving as the de facto source for NBA basketball to free TV, cable and satellite viewers, BTV is left helpless with the way they harshly treated the NBA Playoffs.

To Solar’s credit, they are still trying their best to give BTV an opportunity to showcase some NBA playoff games to the viewing public. It is the scheduling of these games, not to mention the long-standing issues with SkyCable, however, that leaves a lot to be desired.

That said, it is clear that Solar Entertainment is no longer a good fit to run Basketball TV (and NBA Premium TV for that matter) with all these issues involved. Unless they sell it to a more willing operator like ABS-CBN (click this article for more), expect BTV to endure more problems and criticisms in the coming months. 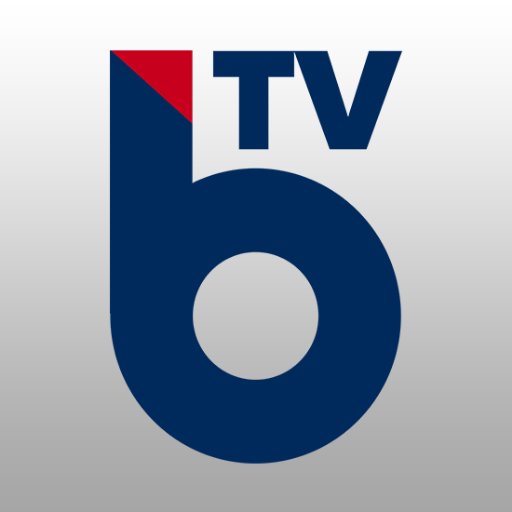 The loss of FIBA basketball and the abrupt cancellation of the NCRUCLAA coverage has hurt Basketball TV’s profile of late. (Logo courtesy of Solar Entertainment)

Basketball TV’s 10th year on the air has not been a smooth-sailing one.

The Solar Entertainment-owned network has seen plenty of losses in the last several months. Not only did it lose the FIBA basketball rights to Sports5, it also cut short its broadcast of the fledgling NCRUCLAA men’s basketball tournament a month into its maiden season.

On the positive side though, they managed to air an entire season’s worth of the NAASCU men’s basketball tournament while continuing its long and loyal commitment to the NBA and its related properties. Still, BTV’s increasing irrelevance has put a lot of pressure on Solar, and with the costs still growing, BTV’s days appear to be numbered.

There is a reason why BTV is known as ‘Basketball TV’: it is the home to a variety of basketball tournaments. While the network centers around the NBA, it also aired a number of other tournaments as well, such as the Euroleague, the U.S. NCAA March Madness, and local leagues such as the PBA and the defunct Philippine Basketball League.

However, as 2017 proved to be a poor year for both BTV and Solar, it is clear that the former needs a lot of help. At this point, a backup financier is all that BTV requires, and they can look no further than a fellow coveror of NBA games.

Back in 2011, ABS-CBN Sports signed a deal with the NBA to cover its games on free TV. Now the partnership between ABS-CBN and the NBA is six years strong, and they also expanded their scope online when ABS-CBN signed a contract with the NBA to operate the Filipino website of NBA.com.

ABS-CBN Sports also carry a wealth of experience covering local basketball. The network has existing deals with the UAAP and NCAA, and more recently, they began to broadcast the ASEAN Basketball League, along with grassroots basketball tournaments such as the NBTC and Slam Rising Stars competitions.

If Basketball TV wants to survive this cutthroat world of cable television, their only hope right now is to join forces with ABS-CBN Sports. With the latter’s experience and deep pockets, they could help BTV in any way, shape or form when it comes to providing top-notch basketball coverage.

It may take some time to materialize, but let’s face it, this is the only choice for BTV given their recent issues. That said, let’s just hope that Solar will be willing to allow rival ABS-CBN Sports to resuscitate BTV, and in doing so, alleviate the pressure of running a high-profile cable channel in the Philippines.

A month after the season opened, Basketball TV and Solar Sports unexpectedly pulled the plug on the NCRUCLAA coverage. (Logos courtesy of the NCRUCLAA and Solar Entertainment)

The promising television coverage of the NCRUCLAA (National Capital Region Universities and Colleges of Luzon Athletic Association) came to an abrupt halt.

For some unknown reason, host networks Solar Sports and Basketball TV decided to stop airing the fledgling collegiate basketball league after only a month’s worth of coverage. No explanation was given with regards to the sudden cancellation, but a possible case of low funds may have come into play.

It can be recalled that the newly-established NCRUCLAA signed a television contract with Solar Entertainment in December of last year. The league, which consists of 16 member schools, opened its basketball season on January 17.

Both Solar Sports and Basketball TV tried its very best to seriously promote the NCRUCLAA. Unfortunately, the game’s delayed coverage and overwhelming amount of matches (quadruple-headers start at around 11:00 a.m.), lack of advertisers and conflicts with other programming took its toll, and by late February, both networks ceased airing the league’s games.

The issues of local basketball coverage is nothing new to Solar Entertainment. During their three seasons handling the PBA (2008-11), Solar lost a lot of money due to technical issues hounding their coverage of the league, and in their final season, they were forced to move to rival ABS-CBN’s Studio 23 following CS9’s rebrand to ETC.

Going further back, Solar also used to handle the defunct Philippine Basketball League for a few seasons. Unfortunately, the league’s internal issues affected both the coverage and the quality of the games, and the PBL soon disappeared by 2011.

While Solar did make amends when they aired NAASCU games without any incident last year, it was clear that the company can only go as far as Wilson Tieng can take them. Which leads to the abrupt cancellation of NCRUCLAA coverage, one that is once again giving Solar plenty of headaches.

That said, without the additional financial backing of rivals ABS-CBN Sports and Sports5, Solar Sports continues to find themselves in a predicament that is too steep to climb out. They may have had the privilege of covering NBA games and Manny Pacquiao fights, but local coverage-wise, they are still too far behind to make an impact.