Sen. Bong Revilla’s ‘Kap’s Amazing Stories’ is moving to the Sunday morning slot, one of several changes that GMA implemented on its weekend lineup.

GMA’s ‘Startalk’, the longest-running showbiz talk show, returns to the Saturday slot at 3:30 p.m. today. However, the move of ‘Startalk’ is just one of several lineup changes made to GMA’s weekend slate of programs.

Sitcom ‘Vampire ang Daddy Ko’ will now air after ’24 Oras Weekend’, as the game show ‘Picture Picture’ moves to Sunday nights following the said newscast. An earlier timeslot for ‘Vampire’ means that the ABS-CBN sitcom ‘Home Sweetie Home’ will now face the Vic Sotto-starred sitcom every night, while ‘Picture Picture’ will be up against ‘Goin’ Bulilit’.

And finally, the educational program ‘Kap’s Amazing Stories’ has found a new timeslot. The Bong Revilla-hosted program will now be seen on Sunday mornings, as part of a quartet of educational programs that include ‘Aha!’, ‘Born to Be Wild’, and ‘I-Bilib’.

Looking at GMA’s weekend programming lineup, there are some strong and weak points to consider. Moving ‘Kap’s Amazing Stories’ to Sunday mornings will be a huge boost for the program, as it will now attract young and informative viewers. And with ‘Aha!’, ‘Born to Be Wild’ and ‘I-Bilib’ preceding it, viewership of ‘Kap’s’ will definitely help its cause.

Over at the nighttime slot, an additional hour of ‘Kapuso Mo, Jessica Soho’, while not favorable to some, will benefit a portion of the viewers who are in need of more intelligent programming. ‘KMJS’, one of GMA’s stronger programs, is up against ABS-CBN’s ‘The Voice Kids’, ‘Rated K’, and ‘Pinoy Big Brother: All In’.

Meanwhile, ‘GMA Blockbusters’ and ‘Tales of Horror’ are intended to by the network as ‘stopgap programs’, meaning they currently air on a short-term basis while a new program is in the works. In the case of Sunday’s edition of ‘Tales of Horror’, its possible replacement may be an upcoming dance program featuring Marian Rivera.

And then there is ‘Sunday All-Stars’, now relegated to 1:50 p.m. after the transfer of ‘Kap’s Amazing Stories’. Having reduced its airtime and crew, it is clear that ‘Sunday All-Stars’ is nowhere close to the level that ‘ASAP’ currently enjoys. And a later timeslot only makes the situation even worse.

In what has become a recurring theme in the last few years, GMA restructures its weekend lineup in hopes of gaining viewers’ interest. And again, will this new lineup pay off? Only time will tell.

Sandra Aguinaldo, Jay Taruc, Howie Severino and Kara David of I-Witness will now be seen at a more convenient 10:15 slot every Saturday night.

GMA’s ‘Night Shift’ block of public affairs programs will have a new look next week, with two programs from News TV 11 moving to Channel 7 while bumping two other programs to the weekends.

‘I-Witness’, the critically acclaimed and highly awarded documentary series, moves to Saturday nights after ‘Celebrity Bluff’ effective February 8. The timeslot change came amid requests from many loyal viewers who asked to air the program at an earlier time. ‘I-Witness’ will now compete against TV5’s new public affairs program ‘Kaya’ and ABS-CBN gag show ‘Banana Split: Extra Scoop’. Despite the change, the unnecessary program ‘Kapuso Movie Night’ will continue to air at a later timeslot, putting viewers of ‘Walang Tulugan with the Master Showman’ at a clear disadvantage.

Replacing the series on Monday nights is former News TV documentary program ‘Front Row’, which will now adopt a formula similar to the ABS-CBN documentary series ‘Storyline’: no voice-over narrations and no hosts, only subject interviews. The change in formula is intended to make the program more distinct and movie-like, and to distinguish it from ‘I-Witness’.

Another News TV refugee coming to Channel 7 is ‘Powerhouse’, which will now air on Wednesday nights. The program, hosted by Kara David, features interviews with various influential figures, showcasing both their public and personal lives inside the comfort of their homes. The series was one of the so-called ‘News TV originals’, and has been on the air since News TV debuted in 2011.

With ‘Powerhouse’ moving to Wednesdays, ‘Born to Be Wild’ will now occupy the Sunday morning slot after ‘AHA!’. The nature documentary show takes over the timeslot of its spin-off ‘Born Impact’, in essence merging the two shows together. ‘Born to Be Wild’s new timeslot will be a big help to schoolchildren, enabling them to learn and discover the hidden facts about nature at a more convenient time. The show will be up against ABS-CBN’s ‘Matanglawin’.

Moving ‘I-Witness’ and ‘Born to Be Wild’ will be a big help to GMA in their weekend programming. However, moving ‘Front Row’ and ‘Powerhouse’ from News TV to Channel 7 will be more of a detriment than a benefit. By moving to Channel 7, both shows essentially become reruns when aired on News TV. And with the latter suffering from disorganization and lack of identity, it only justified the departure of both ‘Front Row’ and ‘Powerhouse’.

Still, it remains to be seen whether or not the reshuffling of GMA’s public affairs programs will pay off. Right now GMA will continue to tinker with its programs in hopes of finding the right mix. 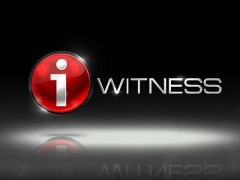 Award-winning documentary programs such as ‘I-Witness’ will greatly benefit from the move to GMA’s ‘Afternoon Prime’.

Desperate times need desperate measures. And for GMA, it’s all about trying to reverse an ongoing ratings slide.

Already suffering from a decline in viewership in the Telebabad slot, the Kapuso network’s fortunes in the afternoon slot took a turn for the worse after ABS-CBN‘s post-‘Showtime’ afternoon ratings improved, largely due to the success of programs such as ‘Kapamilya Blockbusters’,  ‘Galema: Anak ni Zuma’, ‘Pinoy True Stories‘, and ‘Princess Hours‘. As a result, GMA responded with their own movie block in ‘GMA Blockbusters’, which like its ABS-CBN counterpart, will feature more recent films from the GMA Films library.

But is the movie block really the answer for their ratings slide? As far as I’m concerned, ‘GMA Blockbusters’ is not the solution to the network’s problems. In fact, it would have been better if they moved their award-winning documentary programs out of the midnight slot. Why? Because the awards that shows like ‘I-Witness‘ earned would be worthless if no one is watching. By placing them into the afternoon slot it will help them attract more viewers, in the same way that ABS-CBN’s ‘Pinoy True Stories’ accomplished a few months earlier.

Aside from the GMA documentary programs, I also liked to see ‘Love Hotline’ move from GMA News TV to the mother network. ‘Love Hotline’, a love advice program hosted by Jean Garcia, has been airing on weeknights since it debuted last October, opposite the main networks’ newscasts. Moving ‘Love Hotline’ to GMA’s afternoon slot will greatly benefit the program, as it will now go head-to-head against TV5’s ‘Face the People’ on the same timeslot.

With that, here is what I think should be the best lineup for GMA’s ‘Afternoon Prime’:

With ABS-CBN pushing the right buttons for the past few years, perhaps it is time for GMA to do the same. And shuffling its afternoon slot should help.