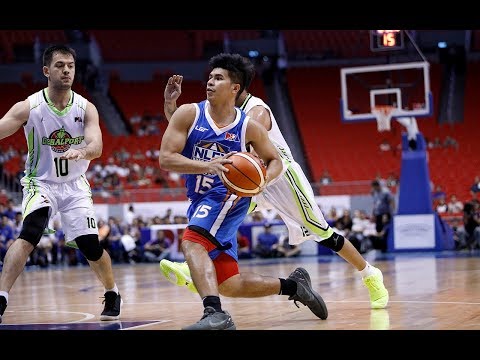 The Philippine Arena will play host to the Manila Clasico between Ginebra and Magnolia this December 25. It hosted the last three games of the 2017 PBA Governors’ Cup to record crowds. (Photo credit: The Philippine Star)

The Philippine Basketball Association will open its new season this Sunday at the Smart Araneta Coliseum. It will be highlighted by the customary opening ceremonies and the kickoff game between defending Philippine Cup champion San Miguel Beermen and the Phoenix Fuel Masters.

Opening the new season is important for the league even as it endured the controversy surrounding commissioner Chito Narvasa. Globalport governor Mikee Romero made it clear about the PBA’s importance to the masses.

“Hindi pwedeng mawala ang PBA sa Pilipino, or ang Pilipino mawala sa PBA. That’s why we’re all here. I think we’re a very solid group at this point in time. Come December 17, as what we promised — [one] that did not come from me, [but] from all 12 teams.”

“Any internal problems or whatever that we have, we will deal with it internally, within ourselves, within the 12 of us. We don’t want to elaborate or any more matters. As we told you, this Sunday, what we should be watching are the players, the superstars of PH basketball. 43 years, ang masasabi ko lang, let the games begin.”

The PBA was coming off an otherwise successful 42nd season where the San Miguel Beermen ruled the Philippine and Commissioner’s Cup, and Barangay Ginebra San Miguel won the Governors’ Cup. However, a controversial and disputed trade between the Beermen and Kia Picanto involving consensus top pick Christian Standhardinger led to chaos that took a month to resolve.

The opening of the 43rd PBA season will also benefit official broadcaster ESPN5 as well. Right after the PBA season opener, ESPN5 will premiere ‘SportsCenter Philippines’ as its leadout program, giving the latter a much-needed shot in the arm.

On December 25, the PBA will hold its annual Christmas Day games at the Philippine Arena, highlighted by the ‘Manila Clasico’ between Ginebra and Magnolia Hotshots (formerly the Star Hotshots). The rest of the league’s schedule will see the Philippine Cup last until March, followed by the Commissioner’s Cup from March to June, and the Governors’ Cup from June to September.