With the 2018 remake of ‘Meteor Garden’ set to air right before ‘TV Patrol’ starting this Monday (more on that later this week), ABS-CBN decided to fill the void with a transitional show on the timeslot normally occupied by its Asianovelas. And this is no ordinary show.

Back in April, ABS-CBN announced a worldwide audition tour called ‘Star Hunt: The Kapamilya Grand Auditions’. The tour began in Manila on the weekend of April 20, after which the network hosted further auditions in both the Philippines and abroad.

Their purpose is to find aspirants that will become part of various ABS-CBN talent and reality shows. Examples include ‘The Voice of the Philippines’, ‘I Can See Your Voice’, ‘Pilipinas Got Talent’, ‘Pinoy Big Brother’, ‘Tawag ng Tanghalan’, ‘Dance Kids’, ‘Little Big Shots’, ‘Maalaala Mo Kaya’ and the soon-to-be-launched ‘World of Dance Philippines’.

Beginning Monday, ABS-CBN will air highlights from these auditions as part of ‘Star Hunt: The Grand Audition Show’. Hosted by former ‘Pinoy Big Brother’ alums Kim Chiu, Robi Domingo, Alex Gonzaga and Melai Cantiveros, the program will take a look at some of the aspirants and their backstories.

This is perhaps a mere short-term solution for ABS-CBN. After all, there are high hopes surrounding the remake of ‘Meteor Garden’ that airing the Asianovela on its normal afternoon timeslot may hinder its viewership due to the ‘TV Patrol’ regional newscasts in the provinces.

Not wanting to risk a loss of viewers, ABS-CBN decided to place ‘Meteor Garden’ on the leadoff slot of Primetime Bida. This leads to ‘Star Hunt: The Grand Audition Show’ taking over the regular Asianovela timeslot of Kapamilya Gold.

Honestly, it makes perfect sense for ABS-CBN to produce a filler show on a timeslot where not all areas will receive it. With regional versions of ‘TV Patrol’ being plugged into this timeslot, ABS-CBN realized that a filler show like ‘Star Hunt’ will be much better than, let’s say a teleserye, because ratings are of no concern to the program and it only serves as a stopgap.

With that, good luck to ABS-CBN for this temporary endeavor. Regardless of how it performed, the most important part is that it served its purpose.

Another talent show invades ABS-CBN. But this is no ordinary talent show. Find out why in this article.

After the success of Dance Kids, I Love OPM is the latest of ABS-CBN’s weekend offers, a singing search for foreigners who love and appreciate Original Pilipino Music. (Photo: ABS-CBN)

After the success of Dance Kids, which saw the dance duo Lucky Aces won last Sunday, ABS-CBN will launch its new offering, a singing search for foreigners who really love Original Pilipino Music.

I Love OPM is a singing search like no other. Unlike most singing search that we see on TV (the latest is the revival of Born To Be A Star which aired on TV5), this singing search features foreigners who loved and appreciate Original Pilipino Music (OPM).

Catch the journey of these aspiring foreign singers… 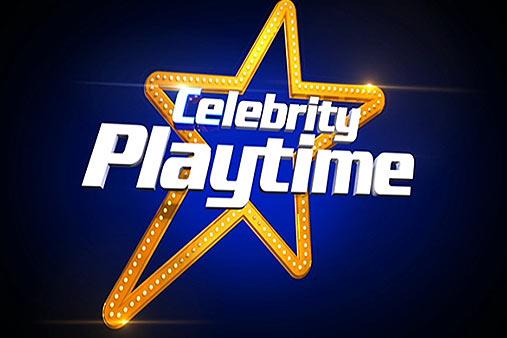 ‘Celebrity Playtime’ is on the move.

Starting this Saturday, ‘Celebrity Playtime’ will now be seen at 10:30 p.m., right after ‘Your Face Sounds Familiar’. The timeslot change meant that the show will go up against GMA’s ‘Celebrity Bluff’, a game show that ABS-CBN tried to at least emulate when they conceived ‘Celebrity Playtime’.

Its original timeslot will now be occupied by ‘Dance Kids’, a new kid’s talent show hosted by Alex Gonzaga and Robi Domingo. Meanwhile, ‘Celebrity Playtime’ will take over the timeslot of ‘Banana Split’, who moved to Sunday afternoons under the new name of ‘Banana Sundae’.

That is not the only change for the show, however. Due to ABS-CBN’s policy of not allowing its talents to appear on consecutive programs, erstwhile host Billy Crawford has decided to relinquish his duty as host of ‘Celebrity Playtime’, and cede the role to Luis Manzano.

The decision makes sense, since Crawford is already hosting ‘Your Face Sounds Familiar’, the show that precedes ‘Celebrity Playtime’. Appearing in consecutive programs may not be helpful to viewers at all for fear of overexposure, hence a strict rule that is implemented by ABS-CBN to all its talents.

Here is the new schedule on ABS-CBN every Saturday night:

Now that ‘Celebrity Playtime’ is moving to a later timeslot, viewers should look forward to its long-awaited rivalry with ‘Celebrity Bluff’. The latter show is now on its third year, and has survived competition from ABS-CBN’s reality and talent shows despite the huge odds.

That said, viewers of ‘Celebrity Bluff’ should finally welcome a more equally imposing challenger. ‘Celebrity Playtime’ may be fairly new to many, but it’s also gaining its own following the same way that ‘Celebrity Bluff’ is doing, so let’s see if they’re up to the task of keeping up with the latter.