Following the successful year-long run of ‘Ika-6 na Utos’, GMA will now look to fill in the big shoes that the former left. They decided to replace ‘Ika-6 na Utos’ with a series that reminded viewers of another successful teleserye from a rival network.

From the moment ‘Contessa”s teaser was aired, netizens immediately compared the series to ABS-CBN’s ‘Wildflower’ due to their similar storylines of revenge. But ‘Contessa’ lead star Glaiza de Castro had a different take, saying that her upcoming show focuses more on a woman’s constant quest for justice.

In ‘Contessa’, Glaiza is initially known as Bea, a woman who is accused and imprisoned for a crime she never committed. Determined to seek revenge and reclaim those who were taken away from her, she assumes a new identity, that of Contessa.

Throughout the series, ‘Contessa’ will feature some important characters who will be crucial to the story of Bea/Contessa. Marco (Mark Herras) is a writer and Bea’s long-time boyfriend whose gruesome murder will be central to the evolution of Bea into Contessa.

Marco’s brother Gabriel (Geoff Eigenmann) is a successful OFW who returns to the country following his murder. Meanwhile, Bea’s best friend Jong (Jak Roberto) is a secret admirer of hers who hopes to love him back.

The Imperial family, led by the matriarch Charito (Chanda Romero) and her children Vito (Gabby Eigenmann) and Daniella (Lauren Young), will serve as a major obstacle to Bea/Contessa’s plans for justice. In typical villainous fashion, the Imperials are considered manipulative, influential, sophisticated and powerful individuals who will do whatever is necessary to destroy the protagonist.

Replacing a top-rating series in ‘Ika-6 na Utos’ will be a daunting one for ‘Contessa’. In order for viewers to commit to this new series in the long term, some interesting bits and pieces are needed to make ‘Contessa’ worth watching, a task that is difficult to fill considering it will go head-to-head with ‘It’s Showtime”s ‘Tawag ng Tanghalan’ segment.

With all things considered, GMA should only hope for the best with ‘Contessa’. It may never be able to replicate the ratings of ‘Ika-6 na Utos’, but if it all goes well, who knows what will happen next.

Last Thursday, the GMA-produced sitcom aired its so-called season finale, with the hashtag #A1ThankYou. In the episode, Digna (Jaclyn Jose) held a Thanksgiving party to celebrate the return of Kaycee (Denise Barbacena) and her reconciliation with her husband Rolly (Gardo Versoza).

While the episode probably signaled the conclusion of ‘A1 Ko Sa ‘Yo’ as viewers know it, the show’s Facebook page tried to pacify concerns by promising another season in the near future. Still, any hope of a return may be questionable considering the year-round approach of Filipino programming.

‘A1 Ko Sa ‘Yo’ first premiered on June 2, 2016 as GMA’s first weeknight sitcom in nearly a decade. The show immediately lived up to its billing as a sexually-themed sitcom, emphasizing more mature situations that are not suitable for young kids.

The premiere of ‘A1 Ko Sa ‘Yo’ was at the time an attempt to revive the seemingly moribund KiliTV block. In fact, GMA promoted both ‘A1 Ko Sa ‘Yo’ and ‘Bubble Gang’ in various 30-second clips in order to draw interest from comedy fans.

Unfortunately for GMA, ‘A1 Ko Sa ‘Yo’ did not exactly revive the glory days of KiliTV. The sitcom initially fared well against ABS-CBN’s Filipino-dubbed ‘Jane the Virgin’, but it soon lost momentum against the ever-popular yet controversial ‘Pinoy Big Brother: Lucky 7’.

Let’s face it, ‘A1 Ko Sa ‘Yo’ was not a bad sitcom. It was a fresh concept that is as daring as it can get, in contrast to more family-oriented sitcoms that viewers became accustomed to.

‘A1 Ko Sa ‘Yo’ also helped GMA reduce its overdependence on Koreanovelas. During its 26-episode run, various GMA Koreanovelas run for only three times a week, enabling it to run a lot longer than usual.

But now that the sitcom is all but history (for now), expect Koreanovelas to once again dominate GMA’s late-night programming. It’s a sad development considering that GMA wanted to place another show on weeknights to alleviate its burden on Koreanovelas.

It remains to be seen if ‘A1 Ko Sa ‘Yo’ will ever come back as promised. But for now, it’s good riddance for the show.

Back in the early and mid-2000s, GMA used to have a comedy block that immediately aired after GMA Telebabad (around 9:30 or 10:00 p.m.). Some of the most memorable programs that once aired on the KiliTV block include:

By 2008, however, KiliTV was deemphasized in favor of an extended GMA Telebabad. Today, ‘Bubble Gang’ was the lone program left from the original block.

Eight years later, however, a revival of the KiliTV block appeared to be in the works. As GMA shifted its focus to comedy/romance in some of their Telebabad series (e.g. ‘Poor Señorita’, ‘Juan Happy Love Story’), it was only fitting that a new comedy program will consolidate all of that.

Tonight, GMA proudly presents ‘A1 Ko Sa ‘Yo’, a sexy sitcom that should make every Thursday nights hotter and funnier. The program will be led by Jaclyn Jose, who will play the role of a talent manager who searches for a perfect beauty queen.

With the entry of ‘A1 Ko Sa ‘Yo’, the Koreanovela slot of GMA Telebabad will now be reduced to just three episodes per week. This should not pose a problem, as most Koreanovelas tend to have fewer episodes.

Still, it remains to be seen if ‘A1 Ko Sa ‘Yo’ can revive the presence of sitcoms on weeknights. That said, expect an interesting first few weeks for the sitcom, as they try to convince viewers that change is once again on the horizon.

The logo for the 20th anniversary season of ‘Bubble Gang’. The anniversary special airs this Friday on GMA. (Logo courtesy of GMA Network)

The 20th anniversary of ‘Bubble Gang’ will be celebrated this Friday.

For this year, the annual ‘Bubble Gang’ anniversary special will be treated as a documentary, produced by none other than the GMA News and Public Affairs department. The documentary will highlight the rich history of the 20-year-old gag show, featuring interviews from past and present cast members, as well as behind-the-scenes personnel.

As always, the special will not be complete without the trademark sketches that have made ‘Bubble Gang’ so endearing. The skits will not only feature the current cast, but also some of the former mainstays as well.

Currently one of the country’s longest-running programs, ‘Bubble Gang’ first premiered on October 20, 1995. The show has attracted a loyal following over the years, and continues to gain new fans as technology and popular culture evolved.

One of the show’s driving forces is Michael V, who along with Antonio Aquitania, has been part of ‘Bubble Gang’ since its first episode. Bitoy is currently the show’s creative director, formulating most of the show’s endearing skits.

To date, ‘Bubble Gang’ has aired 1,003 episodes during its 20-year history. The documentary this Friday will be the show’s 1,004th.

The hashtag for this year’s anniversary special will be #IMBG20. For those unaware of how ‘Bubble Gang’ started, this should help them understand how it all began, and how it evolved into the gag show it is today. 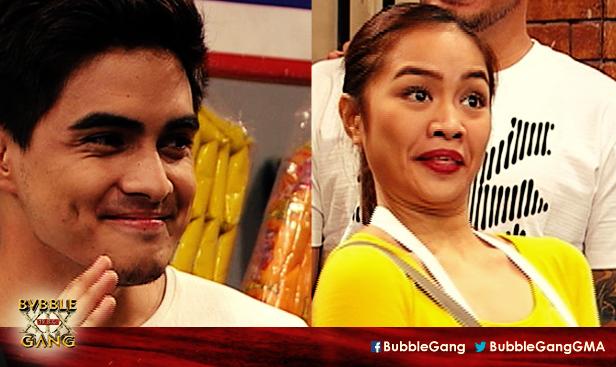