‘Kapamilya, Deal or No Deal’ returns with a new format this Monday. (Photo credit: ABS-CBN)

‘Kapamilya, Deal or No Deal’ returns for a new season with a new twist.

The popular ABS-CBN game show will have its fifth season premiere on February 9, with Luis Manzano again taking over hosting duties. This time around, a different format will encompass KDND’s latest season.

Gone are the ’26K Girls’ that held the show’s briefcases in previous seasons. Instead, celebrity guests will be holding the briefcases containing an unknown amount of money, and will be dubbed as the ’20 Lucky Stars’.

In addition, the day’s studio player will be selected from the aforementioned 20 celebrities via a roulette. The said player has the choice of keeping or trading briefcases with the other 19 ‘Lucky Stars’.

As was the case in prior seasons, the objective of the game is for the player to open each briefcase in hopes of getting a better offer from the unnamed banker.

The new season of ‘Kapamilya, Deal or No Deal’ will replace ‘Bet on Your Baby’ beginning this Monday. The second season of the latter game show will have its final episode aired tomorrow afternoon.

Also down to its final episode tomorrow is ‘The Singing Bee’. The long-running game show was a consistent top-rater for the Kapamilya network for the majority of its run, dispatching rival GMA game show ‘Don’t Lose Your Money’ and talk show ‘Basta Every Day Happy’ in the process.

But its success paled in comparison to the rest of the shows on Umaganda, especially Team Animazing. And starting this Monday morning, expect Umaganda’s quality to get even worse with the return of ‘Kapamilya Blockbusters’.

The temporary movie block will replace both ‘The Singing Bee’ and ‘Pedro Penduko’ on Umaganda. And if that was not enough, ‘Kapamilya Blockbusters’ will take on supposedly weaker competition in GMA’s ‘Corazon Indomable’ and ‘Women in the Sun’.

That said, the return of ‘Kapamilya Blockbusters’ should give ABS-CBN more problems than solutions. Unless they quickly find a replacement program or two in the soonest possible time, expect Umaganda to grow even staler while giving GMA some much-needed breathing room in the mornings.

This is definitely not a good way for ABS-CBN to cement its dominance as the No. 1 network in the country with all the moves they make these days. 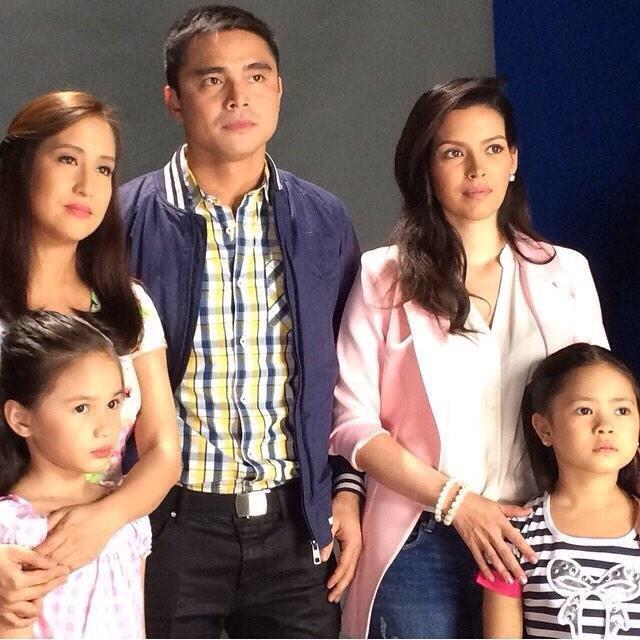 A trio of Kapamilya teleseryes will be launched on the same day.

To kick off its 2015 slate of new programs, ABS-CBN will have its ‘Kapamilya Thank You Day’ on January 19, and as part of the occasion, three teleseryes will have their pilot episodes aired throughout the day. The new teleseryes are:

Jolina Magdangal and Marvin Agustin will headline this upcoming teleserye, making it their first project together on the Kapamilya side since 2002. They will be joined by Desiree del Valle and child actresses Ashley Sarmiento and Rhey Bustamante.

‘Flordeliza’ will focus on two families whose daughters will become the best of friends, only to be torn apart by a heartbreaking revelation. The title itself will be based on the names of the aforementioned lead cast.

Once a supporting cast member of ‘Be Careful with My Heart’, Janella Salvador will now headline her own teleserye with ‘Oh My G!’

The new series will focus on a teenager’s struggles following the death of her parents, and is said to be inspired by the teachings of St. Teresa of Avila.

The series, which focuses on a daughter’s search for her lost father, will be based on the 1986 film of the same name.

Notwithstanding their dominant performance the previous year, ABS-CBN knows that there are still some improvements to make. The afternoon block Kapamilya Gold, for example, has been left in ruins thanks to the network’s decision to air ‘Kapamilya Blockbusters’ in the midst of rival GMA Afternoon Prime’s string of success.

That said, bringing Kapamilya Gold back to relevance will be ABS-CBN’s priority for the early part of the year. Two of the three new teleseryes will likely be seen in the afternoon, while one will take the place of the seasonal drama ‘Give Love on Christmas’, whose finale will be aired this Friday.

For ABS-CBN, a good start to 2015 is all they need to keep the streak of good fortune going. And three teleseryes premiering on the same day is a great start.