For 37 years, ‘Eat Bulaga’ was known for its innovative and groundbreaking segments.

Some of their most famous portions have become synonymous with the show; examples include Little Miss Philippines, That’s My Boy, Laban o Bawi, Pinoy Henyo and Juan for All, All for Juan. However, they recently took a further step back by introducing this ridiculous segment.

Earlier this year, ‘Eat Bulaga’ brought the game of rock-paper-scissors (or in Filipino, Jack en Poy) to the show and billed it as the ‘most serious’ game ever. Enter the infamous Jackpot En Poy segment.

In this game, four people who represent a particular color section of the audience (red, green, yellow, blue) go one-on-one in the game of rock-paper-scissors. The first round winners then face off in the finals, after which that round’s winner gets a chance to play in the jackpot round against a select team of ‘Eat Bulaga’ hosts, each with a particular prize money allotted to them.

To make the game ‘serious’, ‘Eat Bulaga’ brought in Gov Lloyd as its ‘referee’, while a guest judge takes a look at violations that took place during the segment. Initially, Jose Manalo, Paolo Ballesteros, Wally Bayola and Maine Mendoza were brought in as ‘judges’, but after only a few episodes, they were reassigned to do another segment.

Despite its ‘serious’ yet ‘entertaining’ nature, the segment proved to be ‘Eat Bulaga”s weakest and most desperate segment yet. Let’s face it, rock-paper-scissors is a simple game, but once ‘Eat Bulaga’ added some shenanigans to make it appear like it was innovated, this act only alienated a more vocal section of the audience.

It is no secret that the ratings of ‘Eat Bulaga’ continues to fall with each episode. The fact of the matter is, this noontime show is now on the twilight of its run, and with ‘It’s Showtime”s emergence, it appears that the torch has finally been passed.

Sorry, Jackpot En Poy, but this segment does not deserve a place on ‘Eat Bulaga’ lore. Let’s just hope that it will be good riddance to this simple yet ridiculous skit.

There is no stopping ‘Eat Bulaga”s increasingly popular AlDub tandem.

The accidental duo of Alden Richards and Maine Mendoza a.k.a. Yaya Dub has been on a roll in the last month. Ratings for ‘Eat Bulaga’ continued to rise, while netizens took to social media in increasing numbers to show support and concern for the love team.

Speaking of netizens, this was how ‘It’s Showtime’, like most ABS-CBN programs, enjoyed success in the last few years. But the tables now seem to turn against them once AlDub took to the airwaves.

An example of this was during the grand finals of the Funny One segment (won by Ryan Rems Sarita). Held on the same day as ‘Eat Bulaga”s ill-fated wedding between Yaya Dub and Frankie A. Arinoli (played by Jose Manalo), the Funny One finals did earn a spot among Twitter’s trending topics.

There was only one problem: AlDub was one step better on Twitter, both nationally and globally. Even though ‘It’s Showtime’ beat ‘Eat Bulaga’ on Kantar’s ratings last August 8, it was a 2-1 win for the latter, who managed to win AGB Nielsen’s ratings on that day.

This following week, ‘It’s Showtime’ promoted Ryan Rems to a regular host. But not even a promotion and a subsequent segment between Ryan, Vice Ganda and the five other Funny One finalists was good enough for ‘It’s Showtime’, as ratings and social media impact continue to widely favor ‘Eat Bulaga’ and its ‘Kalyeserye’.

As a result, according to various tabloids, the producers of ‘It’s Showtime’ are now forced to convene on a daily basis in an attempt to figure out a way to beat AlDub. They hope that these productive meetings could help ‘It’s Showtime’ regain their winning ways.

Then again, ABS-CBN is no stranger to losing to ‘Eat Bulaga’ whenever the latter responded with a more popular segment. Remember how Laban o Bawi helped ‘Eat Bulaga’ beat ‘Magandang Tanghali, Bayan’ for good?

The Kapamilya network can only hope that ‘It’s Showtime’ won’t become the second coming of MTB. The AlDub phenomenon can be beaten, and now it’s up to ‘It’s Showtime’ to respond with a stronger segment. 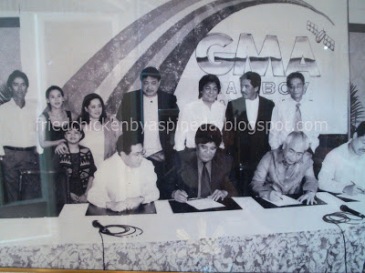