Before ‘Pinoy Big Brother’ became the so-called ‘instant ticket’ to stardom for some of ABS-CBN’s top stars, there was the reality talent search show called ‘Star Circle Quest’. Between 2004 and 2011, two teen and three kids editions of SCQ were produced, and several of its alumni made their mark in the business.

While ‘Star Circle Quest’ proved to be no match for ‘StarStruck’ in terms of popularity and star factor, it was nevertheless credited for discovering stars that soon became mainstays on ABS-CBN programming. Here is a look at some of the network’s most memorable personalities whose careers began as Questors on the show:

Six years after its last edition aired, ABS-CBN announced that ‘Star Circle Quest’ will be revived as a segment of ‘It’s Showtime’. Auditions for the segment commenced last month, with teenagers aged 13 to 19 years old trying to impress the judges with their dancing, singing and acting skills.

As SCQ will now be relegated into a segment of ‘It’s Showtime’, reality show elements will be minimized due to the live nature of the program. Nevertheless, for the many people who became fans of SCQ from the beginning, the prospect of its revival is an exciting one to say the least.

ABS-CBN has yet to announce the start date of the competition, so stay tuned for further updates.

In a related development, a kids’ edition of ‘Tawag ng Tanghalan’ will take the place of the just-concluded adult edition starting today. Auditions for the competition were well underway, and will follow the same format as the original.

And finally, a second installment of ‘Funny One’ will also begin soon. Auditions for ‘Funny One’ began last month alongside SCQ, with the aim of discovering the country’s next great comedian.

A quick turnaround ensues for ‘My Mother’s Secret’.

After premiering against ‘Inday Bote’ this week, the series will enter its second week with a new opponent on the horizon. Taking over ‘Inday Bote”s slot this Monday on ABS-CBN will be ‘Pasion de Amor’, the localized remake of the original telenovela ‘Pasion de Gavilantes’.

The focus of the series will be on a trio of brothers from one family who fell in love with a trio of sisters from another in order to avenge the death of the former’s sister. The sister’s death was the result of her love affair with the latter family’s patriarch, whose wife murdered them as retribution.

The original ‘Pasion de Amor’ (titled ‘Pasion de Gavilantes’ in Latin America) first aired on ABS-CBN in the late 2000s as an afternoon drama, and it starred Mexican telenovela star Mario Cimarro. When the original teaser was first shown, the network intended to air the series on Kapamilya Gold, with the premiere date set in May of this year.

But with ‘Flordeliza’, ‘Nasaan Ka Nang Kailangan Kita’ and the Koreanovela ‘Let’s Get Married’ still on the air, the Kapamilya network decided to move the series to the Primetime Bida block instead. As a result, the remake will feature less of the suggestive sultriness that was prevalent in the original series, in order to appeal to younger audiences at the 5:50 p.m. slot.

‘Pasion de Amor”s entrance next week should cause some concern for ‘My Mother’s Secret’, whose first week was off to an inauspicious start. If the first five episodes are any indication, then the latter series is in for a rude awakening.

Aljur Abrenica and other GMA Artist Center talents have seen their careers take a dip in recent years, owing to the problems that surround the GMAAC. (Photo credit: GMA Network)

Low ratings, financial struggles, and futile programming changes. These attributes have become the standard of the GMA Network in recent years.

And the GMA Artist Center is sharing a part of the blame.

While the Artist Center has been known for making stars out of Marian Rivera, Dingdong Dantes, Carla Abellana, Dennis Trillo and others, they also had a fair share of missteps along the way. Missed opportunities, underdeveloped and disgruntled talents, and even poor acquisitions have played a role in the GMAAC’s recent history.

For instance, Jolina Magdangal’s recent visit to ABS-CBN has hinted reports of a possible return to the network. Once one of the most promising talents to come out of Johnny Manahan’s Star Magic, her career gradually went downhill after moving to GMA in 2002.

The Artist Center also acquired other former Star Magic talents such as Heart Evangelista, Christian Bautista, Michelle Madrigal and Claudine Barretto. But while Madrigal became a full-fledged star with GMA, the same cannot be said of the careers of Evangelista and Barretto, who were on the decline by the time they signed with the GMAAC. This despite the likes of Tom Rodriguez receiving a career boost with GMA after lingering under Star Magic.

On the contrary, several former GMAAC artists blossomed under Mr. M’s watch. For example, Cristine Reyes, Jake Cuenca, Coco Martin, Paulo Avelino, and more recently Ellen Adarna were considered raw and underdeveloped talents on GMA, but upon transferring to ABS-CBN, their careers were given a new lease on life.

Even several established former GMAAC stars managed to maintain a high profile after moving to ABS-CBN. Angel Locsin, formerly the lead star of ‘Darna’, ‘Mulawin’ and other fantaseryes, gave a good account of herself with a critically-acclaimed performance on ‘The Legal Wife’. Ditto recent Kapuso-to-Kapamilya transferee Iza Calzado, who currently play the lead role in ‘Hawak Kamay’ after starring in several GMA series such as ‘Encantadia’.

If GMA wants to get back on track, look no further than the GMA Artist Center. Since Ida Henares resigned as head of the GMAAC in 2012, the agency is currently run by various personnel, neither of which share the multi-faceted vision and mission of Johnny Manahan’s Star Magic. The GMAAC clearly needs a multi-purpose leader, not a by-committee leadership group with clashing personalities, in order to develop and manage talents well.

In the end, much of GMA’s fortunes will begin and end with the GMA Artist Center. The success and failure of the network depends on how the GMAAC manages their talents. But right now, the GMAAC is a mess, and its sudden and gradual decline mirrors that of GMA’s. Time to fix a wrecked system, otherwise things will only get worse.

Tonight’s GMA Telebabad lineup will have one change. ‘Adarna’, topbilled by Kylie Padilla and Geoff Eigenmann, will replace the recently concluded ‘Kahit Nasaan Ka Man’. However, the program’s debut will also demote the Dingdong Dantes starrer ‘Genesis’ off the leadoff spot.

As it turned out, ‘Genesis’ was demoted amid its sensitivity towards its ‘end of the world’ storyline and the popularity of ABS-CBN‘s ‘Honesto’. Right now the Philippines is still recovering from the damage of Typhoon Haiyan (Yolanda), and it may not be good to follow a news program like ‘24 Oras‘ with a sci-fi Armageddon-based story of ‘Genesis’. The demotion should make sense because a possible public relations disaster would take place had ‘Genesis’ remained as the leadoff program.

In addition, the demotion was also necessary because ‘Genesis’ has been beaten consistently by ‘Honesto’ in the ratings. Whether it’s Nielsen or Kantar, it seems that the latter’s inexperienced lead star Raikko Mateo is outplaying the veteran Dingdong Dantes in terms of television viewership. The unexpected popularity of ‘Honesto’ also spread into social media, helping it become the most-watched program in its timeslot.

Because of that, GMA had to place ‘Genesis’ opposite ‘Got to Believe’, which stars the popular teen love team of Kathryn Bernardo and Daniel Padilla. However, ‘Got to Believe’ has also been a consistent top draw in its timeslot, and with the increasingly popular team-up of Bernardo and Padilla proving to be a hit, it would be an even difficult task for veterans like Dantes and on-screen partner Rhian Ramos to overcome the former viewership-wise. Nevertheless, ‘Genesis’ should be a more formidable opponent to ‘Got to Believe’ after the now-concluded ‘Kahit Nasaan Ka Man’ of Julie Anne San Jose and Kristoffer Martin failed to draw viewers.

Which brings us to ‘Adarna’, a modern retelling of the Ibong Adarna epic. This will be the first starring role for Kylie Padilla in a primetime series. Padilla, though a seasoned actress in her own right, has yet to play a major role in the ratings-rich primetime slot, and opposite five-year-old Mateo, expectations are high for the young veteran to make her mark. In ‘Adarna’, Padilla will be joined by leading men Eigenmann, Mikael Daez, fellow young actresses Ryza Cenon, Michelle Madrigal and Chynna Ortaleza, and veterans Jean Garcia and Jestoni Alarcon in helping her fulfill the daunting role of a half-human, half-bird character from a classic Filipino epic.

For Eigenmann, ‘Adarna’ will be his first teleserye after a long showbiz hiatus. As seen in a GMA News report, Eigenmann has slimmed down after battling weight issues prior to his sabbatical. Meanwhile Daez will appear in his first teleserye without on-screen partner Andrea Torres, whom he paired in the afternoon soap ‘Sana ay Ikaw na Nga‘, the morning ‘kiligserye’ ‘With a Smile’, and the gag show ‘Bubble Gang’. 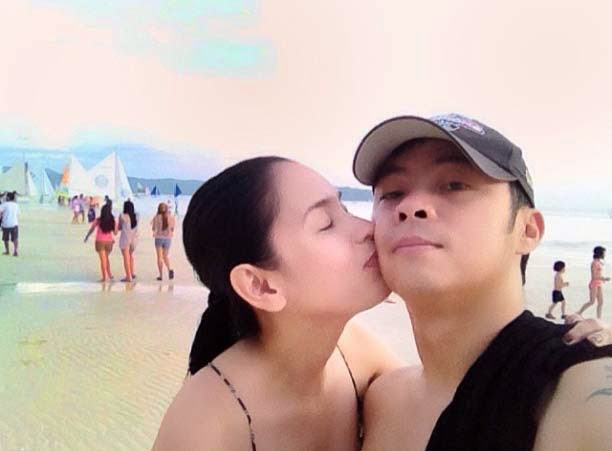