It has been nearly 30 years since Vic Sotto left the shadows of TVJ and became a star himself.

On Sunday, June 19, his newest sitcom ‘Hay, Bahay!’ will officially premiere on GMA. This will mark Vic Sotto’s eighth sitcom as a solo artist, and ninth overall.

While he was better known as 1/3 of the fabled trio TVJ alongside Tito Sotto and Joey de Leon, and the host of ‘Eat Bulaga’, it was his individual comedic brilliance on television and film that cemented his legacy. Without further ado, let’s look back at his solo sitcoms over the years (in chronological order), starting with the first four on the list.

The sitcom that started it all, ‘Okay Ka, Fairy Ko’ introduced viewers to Enteng Kabisote, the mechanic-turned-husband of the fairy Faye. The character then went on to star in nine box-office hit movies based on the sitcom.

Believe it or not, ‘Hay, Bahay’ is not the first sitcom to star both Vic Sotto and Ai-ai delas Alas. When Charlene Gonzales left ‘1 For 3’ to host ABS-CBN’s ‘Keep on Dancing’, Ai-ai was introduced in the sitcom as one of Gene’s (Vic) housemates.

The first sitcom to feature Vic and daughter Danica, ‘Daddy Di Do Du’ was the second in Vic’s sitcom filmography to feature a mystical theme. Unfortunately, just a few months into the sitcom’s run, Nida Blanca was murdered, and her character was written off afterwards.

Based on the Koreanovela ‘Full House’, ‘Ful Haus’ marked the debut of child star BJ Forbes, whose claim to fame was via the Tide detergent commercials as ‘Tolits’. This was also the first project for Mitoy Yonting prior to winning season 1 of ‘The Voice of the Philippines’ several years later.

For Part 2 of A History of Vic Sotto sitcoms, click here.

Note: ‘Hay, Bahay!’ will air every Sunday after ’24 Oras Weekend’ on GMA. All of his sitcoms are property of M-Zet Productions. 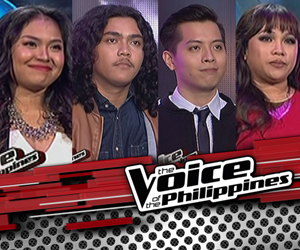 The second season of ‘The Voice of the Philippines’ will air starting October 26 and every weekend thereafter on ABS-CBN. The popular reality singing show will replace ‘I Do’, whose finale is set tomorrow night.

Returning as judges for season 2 will be Sarah Geronimo, apl.de.ap, Bamboo Manalac and Lea Salonga. Toni Gonzaga and Luis Manzano will reprise their roles as hosts, while Robi Domingo and Alex Gonzaga will join as its ‘V-reporters’.

Since it premiered in June of last year, ‘The Voice of the Philippines’ became one of ABS-CBN’s highest-rated programs. TVPH season 1 finished in the top five in both Kantar and AGB Nielsen, with ratings usually hovering over 20% or better.

The success of the show (and its spinoff ‘The Voice Kids’) was so tremendous that GMA’s attempts to tweak their programming on weekends always backfire. Not even the entry of ‘Marian’ helped GMA’s dire weekend situation.

Nevertheless, GMA’s weekend problems continued even with their latest creation on board. ‘Bet ng Bayan’ was pitted against ‘Gandang Gabi Vice’, easily GMA’s biggest weekend threat, and as expected, the former struggled in the ratings.

Without a Saturday show to begin with (‘Bet ng Bayan’ has a 15-minute recap show on weeknights instead), it is clear that ‘Bet ng Bayan”s chances against ‘The Voice of the Philippines’ won’t be any better. Considering TVPH’s overwhelming ratings success in Season 1, it will be a very daunting task for GMA to overcome this juggernaut.

The season premiere of ‘The Voice of the Philippines’ should give GMA every reason to fear. Better act now, or else. 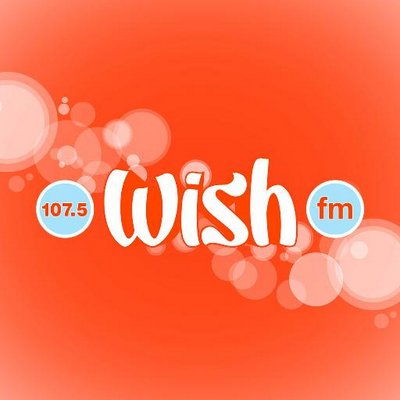 It was an eventful Sunday night on Philippine TV. ABS-CBN’s ‘The Voice of the Philippines’ finally crowned a winner, as Mitoy Yonting won the final showdown over Klarisse de Guzman. The final showdown of ‘The Voice of the Philippines’ proved to be a ratings and social media hit. Over at TV5, ‘The Mega and the Songwriter’ also trended on Twitter, in large part to the performance of the Singing Elevator Girl Cheridel Alejandrino. And both GMA networks experienced an abrupt on-air interruption after a fire broke out at the basement of its headquarters in Quezon City, which was later put under control without any reported injuries.

Meanwhile, contrary to my prediction in a previous article, the new ABS-CBN teleserye ‘Galema: Anak ni Zuma’ will actually have its series debut on the Kapamilya Gold afternoon slot, replacing ‘Dugong Buhay’. The series will make its debut today, and will star Andi Eigenmann in her afternoon soap debut.

Over at primetime, the Kapamilya network’s highly rated teleserye ‘Muling Buksan ang Puso’ will finish its run this week, with its series finale scheduled for Friday, October 4. The remake of ‘Maria Mercedes’ will replace the former beginning October 7, and will mark the return of Jessy Mendiola to the primetime slot. ‘Maria Mercedes’ will be the fourth local adaptation of a Thalia-starred series, after GMA’s ‘MariMar‘, ‘Rosalinda’, and ABS-CBN’s ‘Maria la del Barrio‘.

Switching over to the Kapuso side, GMA will likewise debut a new afternoon series entitled ‘Magkano Ba ang Pag-Ibig’, which will mark the acting return of Heart Evangelista. The new series will replace the Bianca King-starred ‘Maghihintay Pa Rin’ beginning today, September 30.

And finally the Kapuso network also announced that the highly rated and controversial teleserye ‘My Husband’s Lover’ will conclude on October 11, as seen on the network teasers. The teasers also announce a new replacement for MHL, entitled ‘Genesis’, and will officially mark the return of Dingdong Dantes to primetime. However, Dantes will not be paired with his usual off-screen partner Marian Rivera; instead he will be paired by another returning Kapuso star in Rhian Ramos. Barring any hitches, the series debut of ‘Genesis’ will be on October 14.