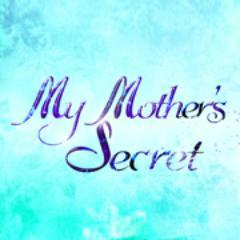 The plug has finally been pulled from ‘My Mother’s Secret’.

GMA has announced that the early evening teleserye will be down to its final two weeks. This means that the series finale of ‘My Mother’s Secret’ will air on Friday, July 31.

The series premiered on May 25 with little fanfare. It was unexpected and hastily created to begin with, since GMA did not seriously hype ‘My Mother’s Secret’ in the weeks prior to its premiere.

As expected, the series was no match for the opponent in the ratings. ‘My Mother’s Secret’ lost badly to ‘Inday Bote’ in its opening week, but the series slumped even further once ‘Pasion de Amor’ entered the fray.

‘Pasion de Amor’, the local adaptation of ‘Pasion de Gavilantes’, became a surprise hit for ABS-CBN despite its sexually-charged theme and unlikely placement in the early evening slot. The Kapamilya series’ average rating of over 20% (based on Kantar Media) became a cause of concern to ‘My Mother’s Secret’.

It also didn’t help that ‘My Mother’s Secret’ can only muster single-digit ratings in most episodes. When it became clear that the series would be more of a hindrance to the primetime lineup, GMA decided to act accordingly.

Thus, after only 50 episodes (short of the typical 80 episodes of a modern teleserye), ‘My Mother’s Secret’ will officially take a bow after its final episode on July 31. The series did not deserve a second chance after all, with poor ratings the motive behind its demise.

The cancellation of ‘My Mother’s Secret’ is only the beginning for GMA Telebabad, though. Over the next few weeks, ‘Pari ‘Koy’, ‘Let the Love Begin’ and ‘The Rich Man’s Daughter’ will also be replaced, marking a month-long turnover for the embattled primetime block.

More on that in a future article.