Eyes will be on President Noynoy Aquino as he makes his final State of the Nation Address. (Photo credit: Philstar.com)

Held every fourth Monday of July, the State of the Nation Address is an annual event where the President of the Philippines addresses the public of his accomplishments and plans for the nation. While the SONA is not a national holiday, it remains an important political event in the country, ranking just above the presidential inauguration and the national elections.

Television and radio coverage will once again be at the forefront of this annual event, so without further ado, here are the plans for some of the stations covering the SONA.

The SONA coverage on Channel 2 will proceed after ‘Flordeliza’. ‘Nasaan Ka Nang Kailangan Kita’, ‘Pinoy Big Brother: 737 Gold’ and ‘Mission Possible’ will be preempted, while ‘Kapamilya: Deal or No Deal’ may be preempted in case the SONA runs overtime.

ABS-CBN will use three different broadcast teams for their coverage. Channel 2 will be led by Ted Failon and Lynda Jumilla, ANC will be led by Tony Velasquez and Karmina Constantino, and DZMM TeleRadyo and Radyo Patrol 630 will be led by Anthony Taberna and Gerry Baja.

The SONA coverage on TV5 will proceed after the Marvel animation block. ‘Hi-5 Philippines’ will be the only show preempted, as ‘Movie Max 5’ only airs as a filler program.

TV5 will utilize a parallel broadcast approach for the coverage. Erwin Tulfo and Cheryl Cosim will anchor TV5’s coverage of the SONA on four different platforms: TV5, AksyonTV, Radyo5 92.3 News FM, and News5Everywhere.

The SONA coverage on GMA will proceed after ‘The Half-Sisters’. ‘Buena Familia”s premiere will be moved tomorrow, while ‘Healing Hearts’, ‘Alisto’ and possibly ‘Birth of a Beauty’ will be preempted.

The press release of the network only indicated that Mel Tiangco and Mike Enriquez will anchor Channel 7’s coverage. Whether or not it will be a parallel coverage or a separate coverage on Channel 7, GMA News TV, GMA News Online and Super Radyo DZBB 594 remains to be seen.

All AM stations, save for specialty ones, will also pool their resources for the SONA coverage. Updates on the event will also be provided by a few FM stations.

Net 25 will also cover the SONA, but since it takes place on the same day as the Iglesia ni Cristo’s 101st founding anniversary, the primary focus of the station could be on the latter. UNTV will also handle their own coverage of the event.

Finally, the neophyte CNN Philippines (formerly Solar News Channel and 9TV) will join in on the SONA fun for the first time. Their coverage of the SONA will be anchored by Jing Magsaysay and Pia Hontiveros.

Regardless of the station, the entire nation will pay attention to the statements made by President Aquino. His last SONA will be very important, so keep an eye on what he says.

The NCAA on TV5 received its latest black eye.

Monday saw two eventful matches with contrasting results. In the first game, the Perpetual Altas stunned the San Beda Red Lions 76-75, after which the Red Lions filed a protest claiming that Joel Jolangcob’s three-pointer at the end of the third quarter should have been nullified on the grounds that the Altas committed a prior 24-second shotclock violation.

But it was the second game between the Mapua Cardinals and the EAC Generals that stole the show, for all the wrong reasons.

The Mapua-EAC game was shown on both TV5 and AksyonTV. But just as the arena announcer began to make an announcement regarding the player penalties and the official conclusion of the game, TV5 elected to cut the game short in favor of ‘Aksyon Prime’, and in one final measure, the station’s announcers urged viewers to switch to AksyonTV.

This is not the first time that TV5 cut its NCAA coverage short in favor of the news. Over two months ago, the closing minutes of a first-round game between Lyceum and Mapua was abruptly cut in favor of an impromptu speech by President Noynoy Aquino, which essentially kicked off ‘Aksyon Prime’.

Their latest act, while more excusable than the first, is just another way of treating the NCAA like a second-class citizen. Yes, they may be focusing their energies more on the Gilas basketball team of late, but they should have been treating the NCAA equally like their other broadcast properties.

Honestly, TV5 should have finished the airing of the game. The official announcement was seconds away, and yet they decided to do what is infamously known as a ‘Heidi moment’ in television lore, which is unacceptable to viewers.

With still a few more games to go, TV5 needs to learn from these mistakes as quickly as possible. Otherwise, the NCAA will have to find a new partner for next season.

President Noynoy Aquino’s State of the Nation Address will take place later this afternoon. Unfortunately, it is also a game day in the 90th NCAA season basketball tournament.

The NCAA doubleheader for this Monday afternoon will feature the San Beda-St. Benilde and Mapua-San Sebastian matches for both the juniors and seniors division. The seniors games are usually seen live on television, but due to today’s SONA, tape-delay broadcasts on the TV5 family of networks will be a likely scenario.

Television coverage has always been inconsistent for the Philippines’ oldest collegiate league. During the 1990s, when government TV stations PTV-4 and IBC-13 covered the games, only the opening day and championship matches were aired in full, with highlights of the other games relegated to their newscasts.

It only got worse in 2000, when the championship matches pitting St. Benilde and Jose Rizal College were not aired. Then in 2001, despite the guarantee of PTV-4 and Media Conglomerates, Inc. to air most of the matches, the NCAA tournament was reduced to a mere 30-minute highlight show called ‘Inside NCAA’, with opening day and championship matches being aired live.

In 2002, the NCAA decided to join forces with ABS-CBN Sports, with the league’s games now being featured on a regular basis. But with the UAAP already a fixture on Studio 23 (now ABS-CBN Sports+Action), the NCAA was relegated to a weekday-exclusive schedule, with non-televised games on Mondays. Still, it was a marginal improvement from the PTV-MCI era.

Ten years later, the NCAA signed a deal with Sports5 to cover their games. Initially airing over IBC-13 (via AKTV), the league was forced to return to UHF television via AksyonTV once the AKTV deal expired. In addition, TV5 aired the championship matches, before receiving a select slate of elimination games this year. This time, however, all games were aired on the said network.

Still, circumstances related to national events continued to affect the television coverage of the NCAA. Examples include the funeral of the late Corazon Aquino in 2009, the recent State of the Nation Addresses, and the Janet Lim-Napoles Pork Barrel hearings in 2013, which either led to pre-emptions or delayed broadcasts of the games. And more recently, the impromptu DAP address of President Aquino led to an abrupt end of Sports5’s live NCAA coverage.

In the end, it is clear that the NCAA is at a disadvantage. While television coverage is gradually improving, it is still far from a finished product. What the league needs now at this point is flexibility, from the scheduling to the availability of the venue, in order to take advantage of live television, and to satisfy the demands of loyal fans.

NCAA management should start learning from these experiences. Otherwise, the league will continue to feel its fair share of shortcomings on television coverage. 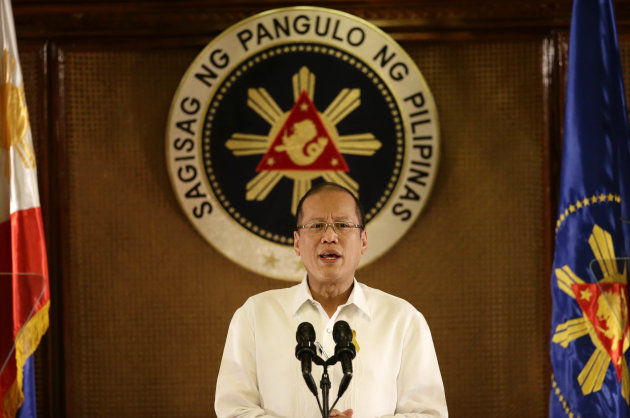