Throwback Asianovelas are taking a bow, at least for now.

ABS-CBN’s ‘Lovers in Paris’ and GMA’s ‘Jewel in the Palace’ will air their final episodes later today. The two Asianovelas were re-aired as part of the 10th anniversary of the genre’s Philippine television debut.

‘Lovers in Paris’ was the second Asianovela to re-air on the Kapamilya network this year, after ‘Meteor Garden’. The love story between Carlo (Park Shin-Yang) and Vivian (Kim Jung-Eun) became a huge hit when it first aired, and it even received an equally successful local adaptation starring Piolo Pascual and KC Concepcion.

The re-run of the original ‘Lovers in Paris’ became a decent hit on ABS-CBN’s ‘Umaganda’ slot, despite the fact that the early morning block receives fewer viewers than ABS-CBN’s other programming blocks.

Meanwhile, ‘Jewel in the Palace’ re-aired on GMA in order to respond to the successful re-run of ‘Meteor Garden’. The tale of a medieval Korean physician named Jang Geum (Lee Young-Ae) became GMA’s first true hit Asianovela, and it helped viewers forget about the commercial failure of ‘My MVP Valentine’.

‘Jewel in the Palace’ also fared decently well on GMA’s ‘Afternoon Prime’ slot, even though it was matched up against ABS-CBN’s own hit Koreanovelas ‘The Heirs’ and ‘My Girl’.

Nevertheless, it became clear to both networks that neither ‘Lovers in Paris’ nor ‘Jewel in the Palace’ will equal, if not surpass, the impact that ‘Meteor Garden’ has had to the Asianovela craze. The F4-starred Asianovela remains a benchmark for other Asianovelas to come, and if there is one thing that both networks learned, it is that no one will ever top ‘Meteor Garden’ as the greatest Asianovela ever aired on Philippine television.

Right now, both networks will focus on their newest Asianovelas. But for the fans of these classic Asianovelas, it was fun while it lasted. 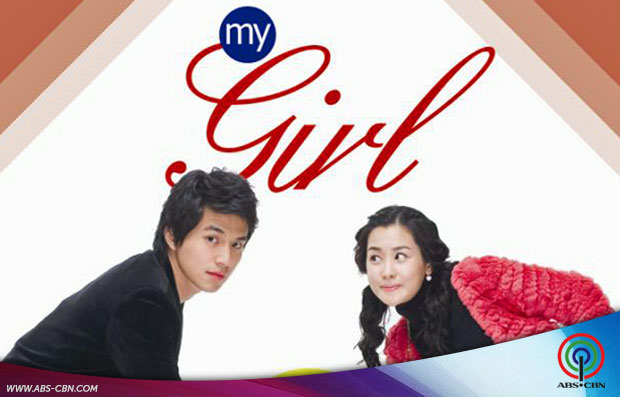 The final episode of ‘Mirabella’ will air this Friday, July 4.

Just as GMA is beginning to warm up with the debut of ‘My BFF’ later today, ABS-CBN has decided to pull the plug on Julia Barretto’s debut teleserye. The final episode of ‘Mirabella’ is scheduled this Friday, July 4.

‘Mirabella’, a series that featured Barretto in two contrasting roles, debuted on March 24. The daughter of Marjorie Barretto played Mira, a woman with a strange wood-like skin, and as the series progressed, she morphed into her beautiful alter ego in Bella.

Both characters would later attract the attention of Jeremy, played by Enrique Gil, who soon became the subject of her affection.

In its four months on air, ‘Mirabella’ was unable to maintain the high level of success attained by its predecessor ‘Annaliza’. Nevertheless, the series averaged better than 20% in the TNS Kantar ratings, which is not bad even though it is the lowest-rated teleserye on the ‘Primetime Bida’ block.

However, in the GMA-dominated AGB Nielsen ratings, ‘Mirabella’ only averaged less than 15%, while rival series ‘My Love from the Star’ was a hit, averaging over 20% per episode.

Even though ‘Mirabella’ was a decent hit by ABS-CBN standards, its uncharacteristically low 20% rating only justifies that the series will be a mere short-term fix. Still, it was a good debut for Julia Barretto, and it will only give her greater amounts of exposure.

‘Mirabella’ will be replaced by ‘Pure Love’ this July 7.

Meanwhile, ‘Lovers in Paris’ will be placed in the mid-morning slot. The re-run of the successful Koreanovela replaces ‘Kapamilya Kiddie Blockbusters’ starting today on the ‘Umaganda’ block.

Because ‘The Heirs’ will continue to air this week, the rivalry between ‘Lovers in Paris’ and ‘Jewel in the Palace’ will not happen anytime soon, if not altogether. Instead, ‘Lovers in Paris’ will be up against ‘Return of the Wife’, the third sequel to GMA’s highly successful ‘Temptation of Wife’, which has been airing since late May.

‘Lovers in Paris’ starred Park Shin-Yang and Kim Jung-Eun as Carlo and Vivian, respectively. The series was a hit when it first aired in 2005, and its success eventually led to an equally successful Filipino adaptation starring KC Concepcion and Piolo Pascual in 2009.

A re-run of ‘The Heirs’ will air this Sunday morning on ABS-CBN.

In recent years, ABS-CBN has stayed away from airing re-runs of teleseryes and dubbing foreign films in the Filipino language. But when they aired ‘Transporter 3’ in Filipino last week, it appears as if ABS-CBN has joined the bandwagon that was started by their rivals TV5 and GMA.

Soon after, ABS-CBN followed the lead of its arch-rival thanks to this announcement.

ABS-CBN decided to air a ‘Royal Rewind’ of ‘The Heirs’, the hit Koreanovela starring Lee Min Ho, beginning this Sunday. This was in response to GMA’s highly-rated re-run of ‘My Love from the Star’, which outrated the NBA Playoffs, Pinoy Pride and Nonito Donaire boxing matches, and Kapamilya Blockbusters on the same timeslot.

Curiously, neither program air on the same timeslot during weekdays. ‘The Heirs’ is matched up against the re-run of ‘Jewel in the Palace’, while ‘My Love from the Star’ opposes ‘Mirabella’.

The re-run of ‘The Heirs’ is basically a retaliation made by ABS-CBN. GMA, for their part, has capitalized on the former’s delayed broadcast of sporting events to gain some high ratings for ‘My Love from the Star’, unlike before when their Tagalized movies in the morning rate less than ABS-CBN’s. And it was only logical, since people with internet connection would know the results in real time.

But with the NBA season about to end, and with the next ‘Pinoy Pride’ still a few months away, ABS-CBN decided to retaliate by counterprogramming GMA’s Asianovela with one of their own, all for the sake of getting high ratings on the timeslot they failed to dominate of late. If this is one of those ‘bandwagon’ acts that ABS-CBN committed, so be it.

Going back to ABS-CBN’s airing of ‘Transporter 3’ in Filipino, it is rare to have the network air a movie on Sunday nights. After all, 3/4 of ‘Sunday’s Best’ broadcasts is concentrated on concerts, live events and documentaries. But when they aired ‘Transporter 3’ in Filipino last week, it was a stab in the back, considering that the network has avoided the same route as TV5 and GMA’s ‘masa’-oriented English-language films.

For ABS-CBN, it is a matter of staying away from the rivals’ desperation tactics. Even though the network is now the undisputed No. 1 ratings-wise, viewers can only hope that the Kapamilya network will continue to stick to what works best, and that is airing unique programs that will appeal to all classes.

‘Lovers in Paris’, the original Korean series, will re-air beginning in late June on ABS-CBN.

First there was ‘Meteor Garden’ on ABS-CBN. Then came ‘Jewel in the Palace’ on GMA. And now the Kapamilya network is bringing back another classic Asianovela, in what has become a seemingly endless exchange for both networks.

It was announced earlier this week that ABS-CBN will bring back the original Korean version of ‘Lovers in Paris’. The series, considered as the first Koreanovela aired in the country, was a huge hit with viewers when it first aired in 2005. Its success would later translate to an equally popular Filipino adaptation, starring KC Concepcion and Piolo Pascual, which aired in 2009.

The popularity of ‘Lovers in Paris’ also led to a response from the Kapuso network. Their answer was ‘Jewel in the Palace’, which also became a huge hit in the same year, and is currently re-aired in the late weekday afternoons.

As the title suggests, ‘Lovers in Paris’ is a story of a businessman named Carlo (Park Shin-Yang) who fell in love to a film student/housekeeper named Vivian (Kim Jung-Eun) in the French capital of Paris. The couple’s relationship would blossom, but not without some challenges to overcome.

‘Lovers in Paris’ is expected to premiere around late June, and is likely to replace the Lee Min-Ho starrer ‘The Heirs’ in the late afternoon slot.

For nostalgic Koreanovela fans, this is another classic series to watch and reminisce. ‘Lovers in Paris’ proved to be a big hit the first time around, so a lot is expected for the show once it airs again this month. But then again, ABS-CBN has been strong in the ratings game, so there is no doubt that the encore presentation of ‘Lovers in Paris’ will become a hit again.